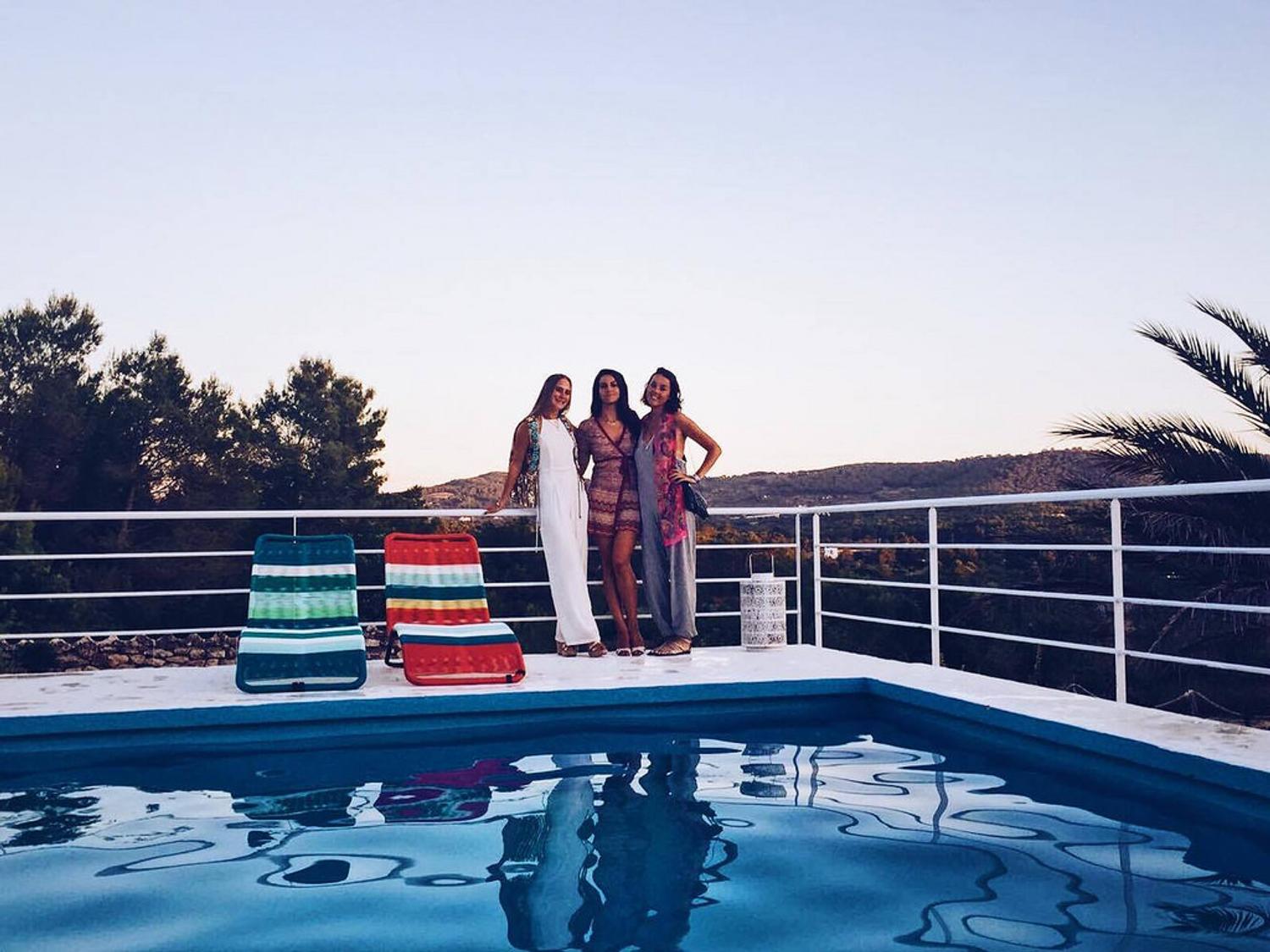 You just can’t deny: ever since Ibiza has become the next new ‘thing’ when it comes to traveling abroad, we hear nothing but praise for the island hosting world’s most famous dj’s, celebrities and so on. I took two of my best friends with me, and no need to say we were excited for what kind of discoveries, shiny things and glittery insta-moments would be waiting for us there. Now, back in Belgium, are our expectations of this idyllic isle fulfilled? I’d say yes and no. Don’t get me wrong, I had a magical time back there and had the most of fun imaginable. I met new friends, saw so many beautiful things, got so tanned that I’ve already forgotten my real skin color… I definitely see myself going back.

If you’re a die hard party animal and if you don’t care about the inevitable excess of tourists everywhere you go, go there in July or August just like I did. All seasonal parties with dj’s like David Guetta, Kygo, Martin Garrix, Lost Frequencies, Jonas Blue, Afrojack (you name it) are thrown then. But if you’re more of a chill out, laisser-aller person that prefers a certain privacy with not too many people surrounding you, you should go to Ibiza off-season. In June or September at least you’ll be certain of your own sunbed on the beach after 10 am lol! What I’m actually trying to say is that I understand why people -in their own words- ‘fall in love’ with Ibiza but that I personally got less of that same feeling. Ofcourse, the beaches are really pretty despite too many tourists, you eat well everywhere, I saw great artists perform that I really loved and I’m aware of the fact that some people will never experience what I did together with two of my best friends. Maybe it’s just the amount and type of people that we got in touch with whenever on the beach. Trust me, bringing thousands of parasols and coolers in all kinds of colors on every square meter beach possible DOES diminish the authenticity and beauty of the island. We even drove to the upper north of the island -we were told it would be much more pleasant with less tourists there- to avoid the bustle, but unfortunately our efforts were in vain haha.

Good to know: we didn’t rent a car but went everywhere by taxi. Looking back, this decision has been a life saver. The price of a car (in August rates are about 40 to 50 euros a day), together with fuel and parking tickets would be approximately the same as all taxi expenses. Most drivers are really kind (and sometimes even funny), too. Additional advantage: you don’t need to worry about a parking spot, which seems to be kind of an issue this time of the year. I listed all places we went to below! Most pictures are made with my iPhone, so their quality can be less than usual. Sorry for that, but because of the heat and also because I just wanted to chill out I didn’t drag along my big ass camera everywhere we went.

❤ Can Terra: After a short flight we arrived in Ibiza in the evening. Shortly after that, we got to know our hosts Monique and Vladi of the AirBNB or better ‘finka’ -this means farm in Spanish- we booked (scroll down for more info about that!). Monique’s advice was to go explore Ibiza city (Eivissa) and its port. Once there we used TripAdvisor for a restaurant with good price/quality ratio. Can Terra is known for tapas and it’s one of the locals’ favorite dining spots, the app told us. We had several tapas like tuna and Iberico ham balls, foie gras and a salad. Everything was more than OK, although I don’t like my foie gras sauteed, but that’s personal taste.

❤ Kumharas: We went to see the sunset and had dinner near the beach with a DJ set from DJ Kinta (apparently he was really known there haha) with the whole finka. I must say that the food was excellently good! I had a red Thaï curry with chicken, which I strongly recommend. Their cava sangria (a typical Ibiza drink by the way) is also really good. Honestly, this place is awesome!

❤ The Boat House (at Cala de San Vincent): Great service, great burgers and great atmosphere. Everything decorated as if you’re entering a surreal ‘boat house’. Although I’m not a fan of the beach itself, it does have nice establishments in its surroundings. The Boat House being one of them! 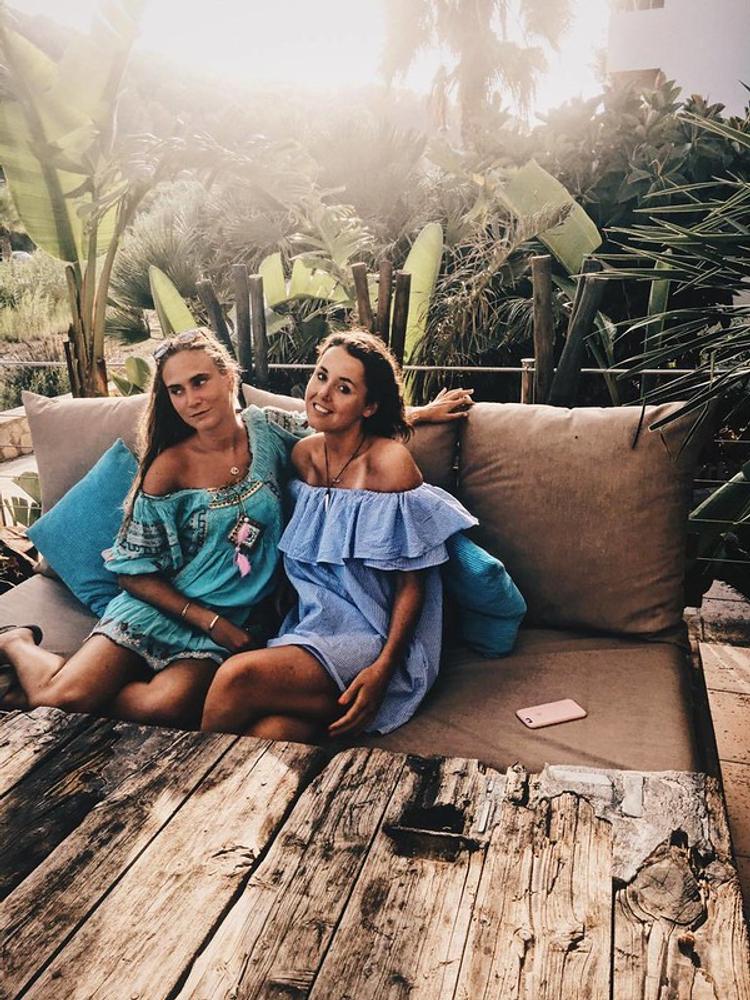 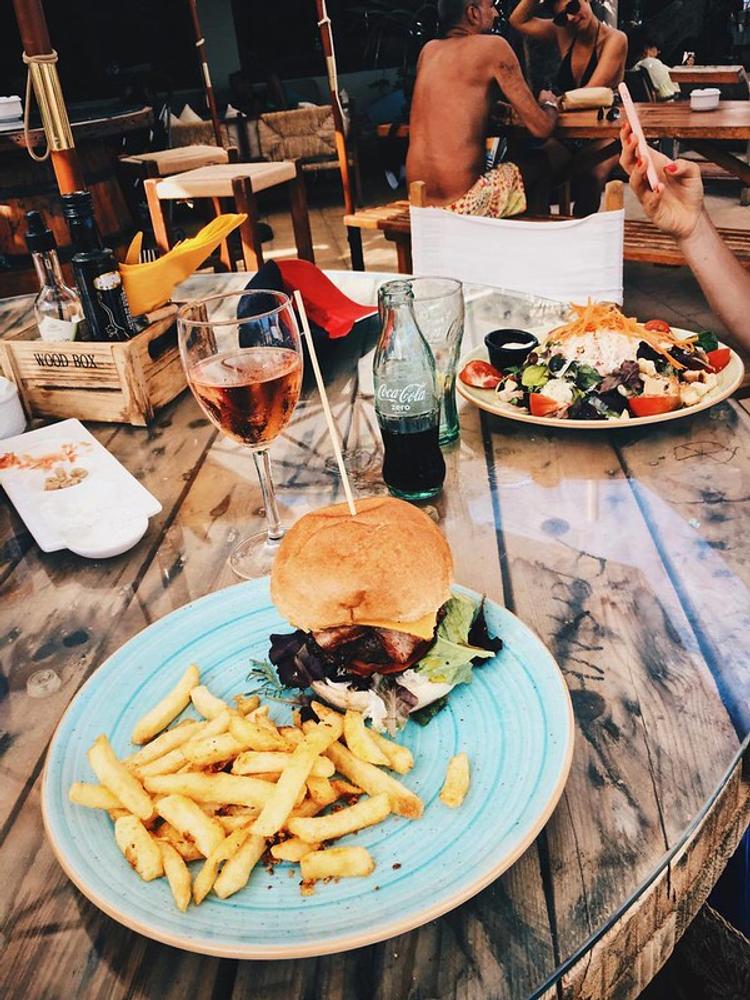 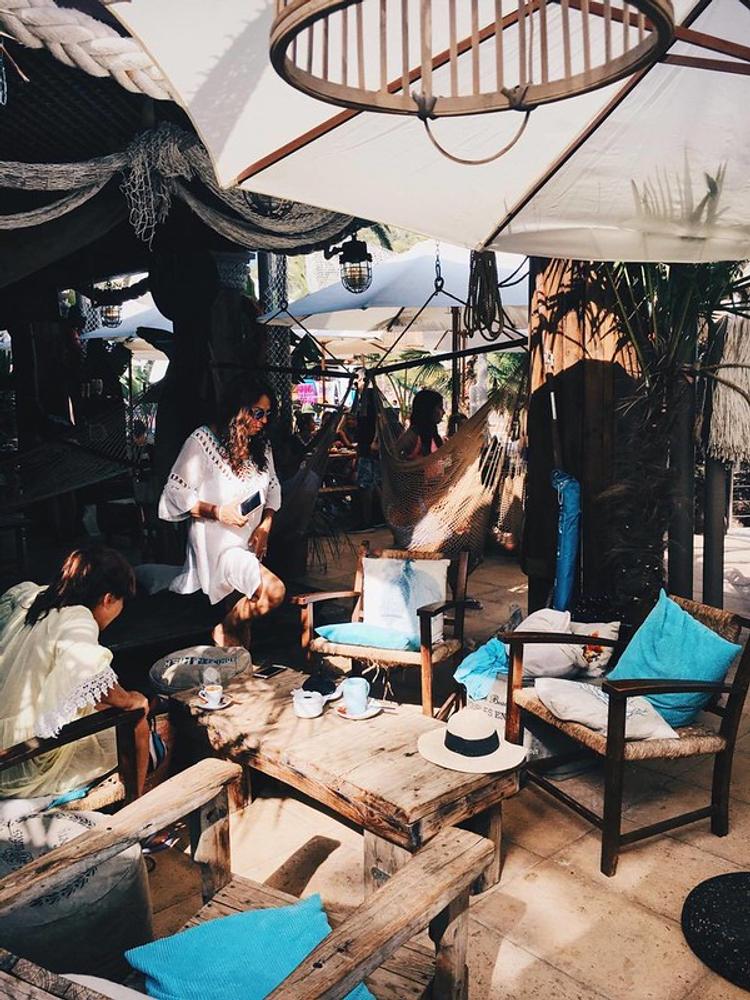 ❤ The Giri Café: Nice and pretty hidden restaurant in the heart of San Joan. They even have sunbeds in the garden! The food is really delicious although I think that portions are WAY too small for the price you pay! Also, service is rather slow. Anyway, if you decide to give it a try for drinks maybe: order their detox smoothie! 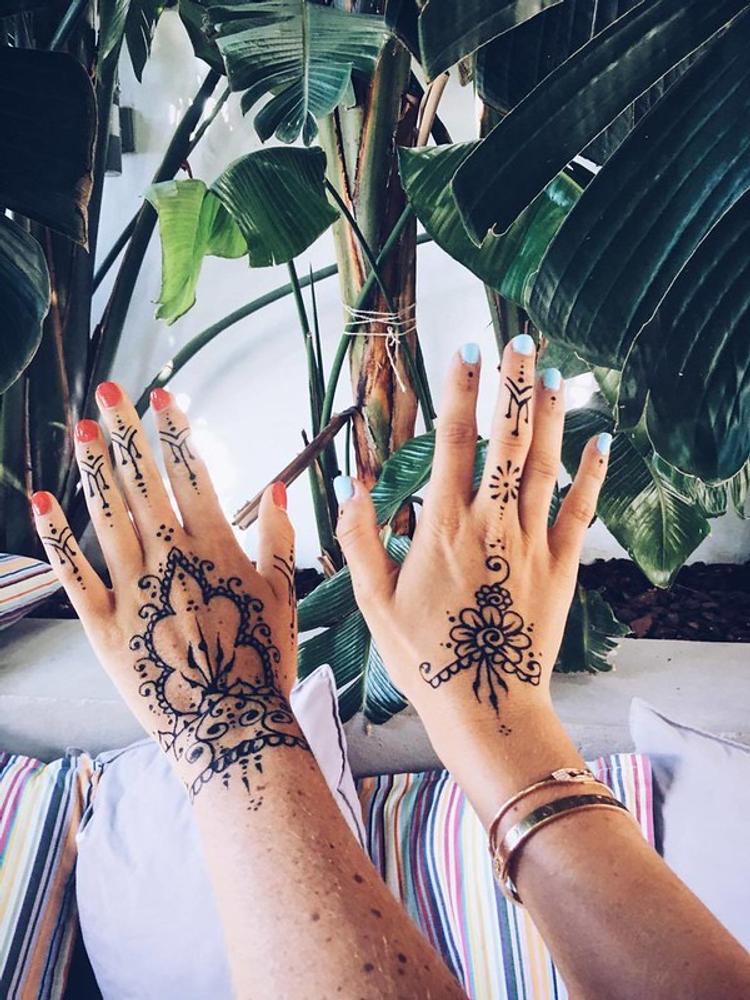 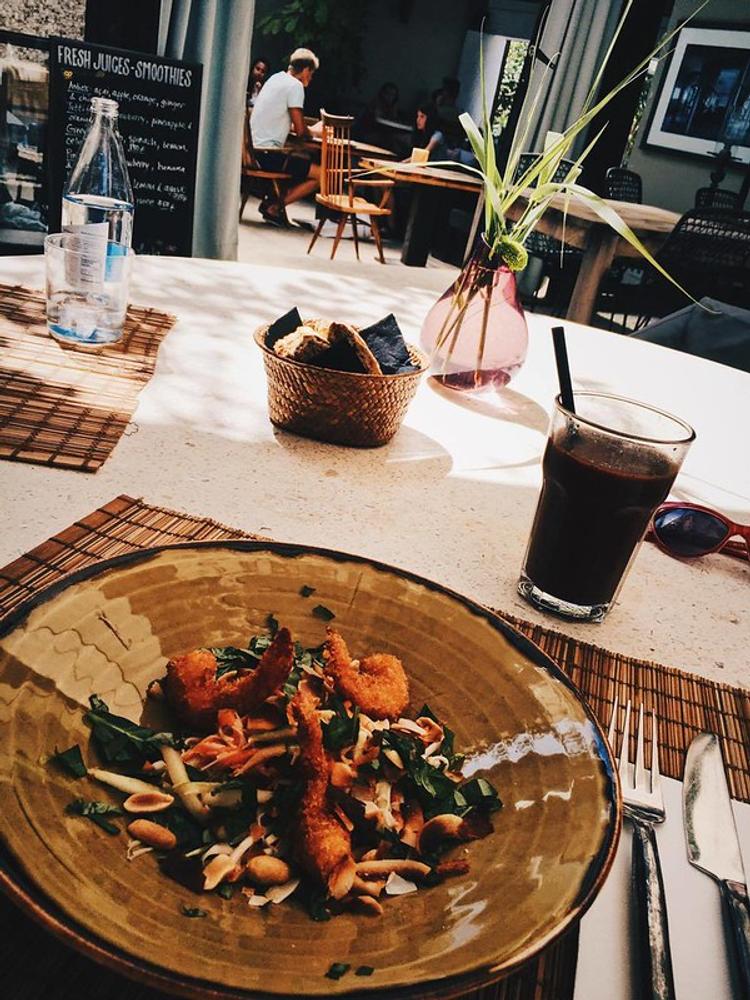 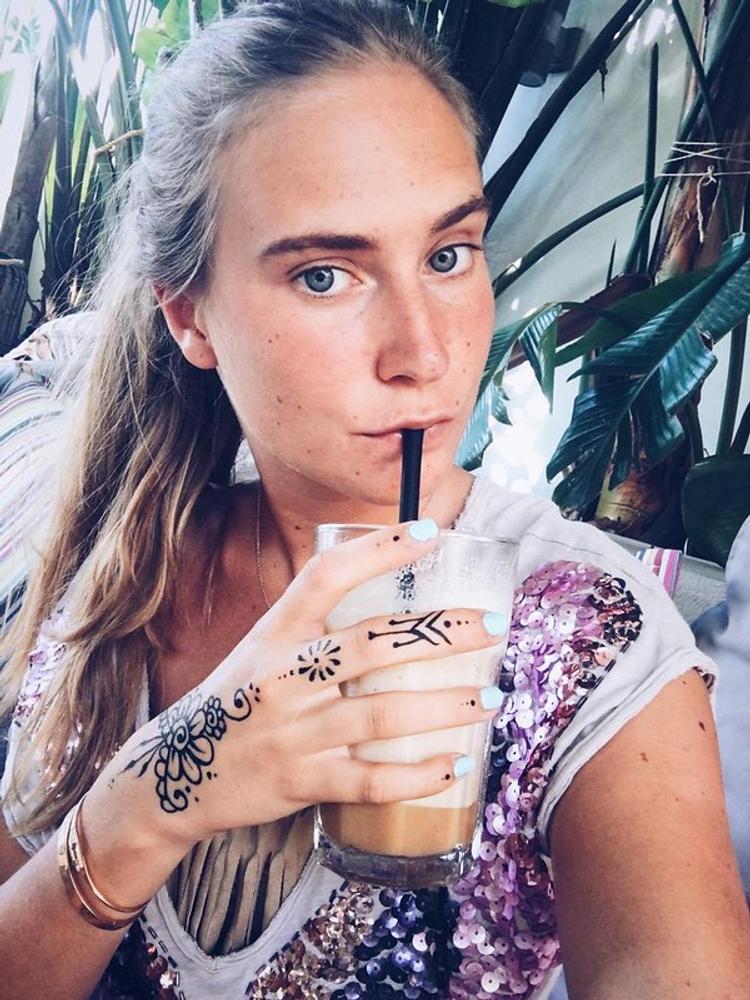 ❤ Cappuccino Grand Café: Everything here was more than perfect. Make sure you reservate to ensure your table outside, with a view at the port with all of the little lights by night and big white yachts. This restaurant may be a little pricey (but not over the top, comparable to a more than standard restaurant in Belgium), it’s definitely worth your investissement. Service is great, food is extra-ordinary and overall setting is just way too memorable to forget. We went there to celebrate our very last night, but it’s just as great for a romantic night between lovers.

❤ El Chiringuito (at Cala Gracioneta): Portions seem small, but eventually they turn out to fill your stomach just enough! I had their signature pasta with sea food, which was good but I must admit that I’ve had better already. Often marriages are organised here so maybe it’s safer to call and reservate. We were lucky, because we didn’t! The restaurant is located in a tiny bay and if you come early (like 10-11am) you can spread your towel on the beach already before the mob comes in.

❤ Pikes: This club is too good to be true! I’d better describe Pikes as a club village because it was so big. It made me think of Disneyland for a moment! Good dj’s, several rooms and even beds outside to just chill and talk with your company. Obviously this club is the favorite place of Ibiza’s gay community, so don’t be surprised if you see them singing karaoke in a ball pool -and yes you can take that litterally.

❤ Privilege: We heard Privilege is the world’s biggest club, and it was near our finka. The house and techno music wasn’t really our cup of tea, but I can imagine that for many people it is. Think Berlin, and you think Privilege. The big glass dome on top of the club is rather impressive.

❤ Hidden bar: This place is exactly what its name assumes: it’s hidden. We found out there was some sort of secret hippie party held with live music, a fortune-teller, a henna tattoo artist, a make-up artist, masseur… This was one of the cosiest evenings we had in Ibiza. Also the bartenders are Dutch and AMAZING. 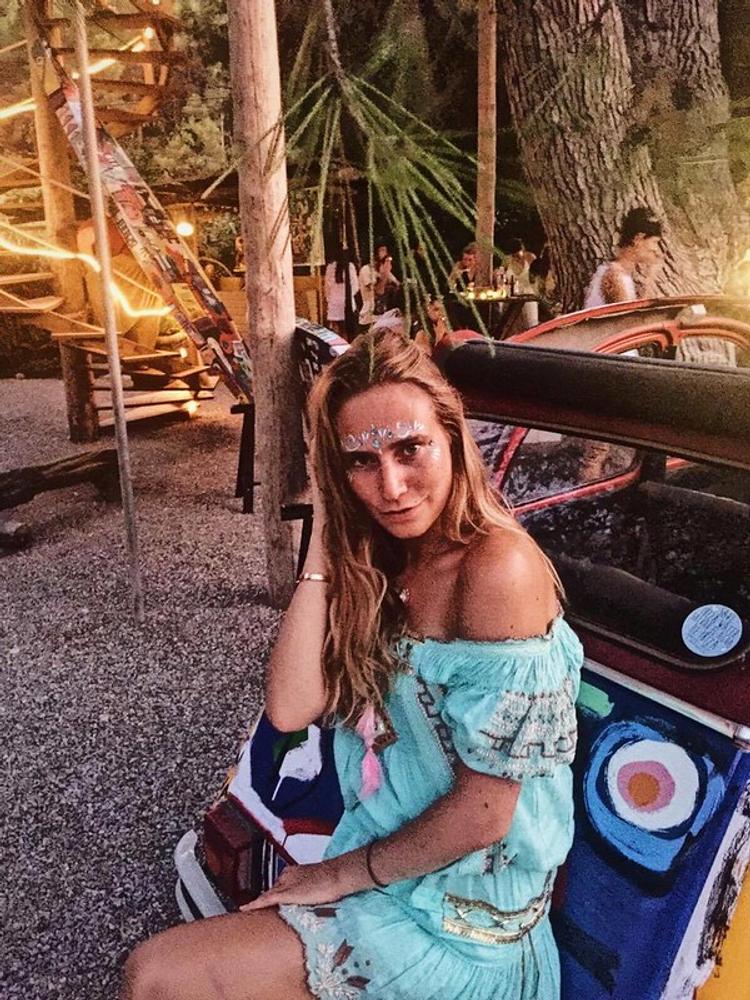 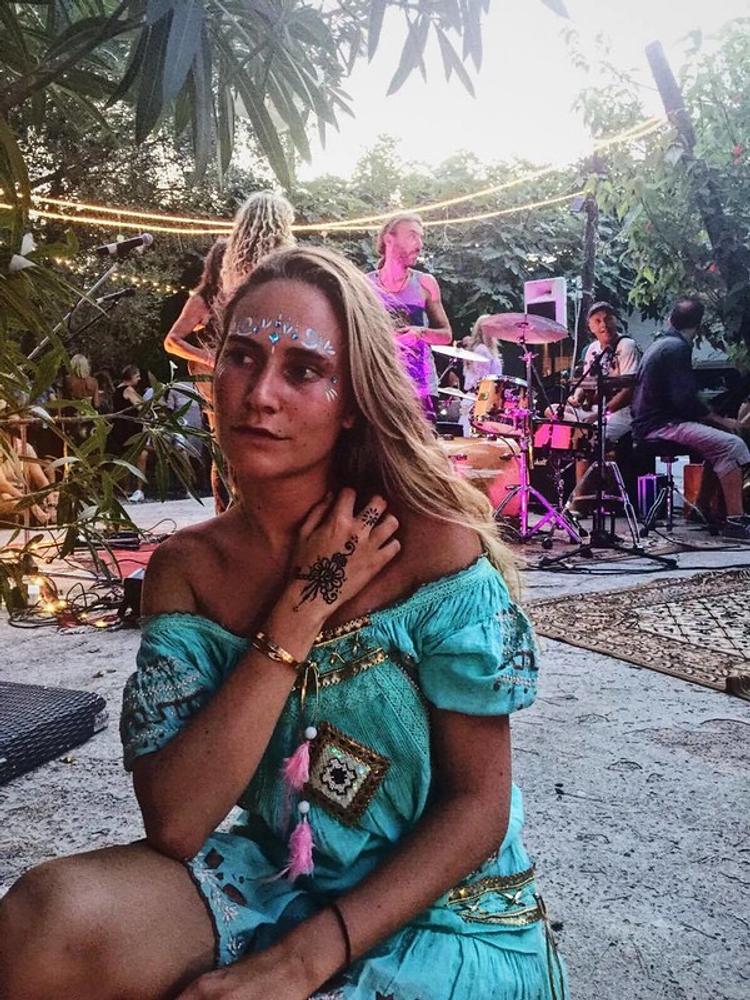 ❤ Ushuaïa: The place to be for every great DJ you know, and without any doubt the most famous club (and hotel) in Ibiza. We went to see David Guetta, Jonas Blue, Afrojack and Robin Schulz. A night to never forget, you can’t go to Ibiza without going to Ushuaïa! Although I strongly advise you to drink lots in advance. I bought 3 little water bottles at the bar for 27 euros, lol.

❤ Cala de San Vincent: In my opinion the least beautiful beach we visited. This one is really big though! The Boat House and Hidden bar are located quasi next to the beach. 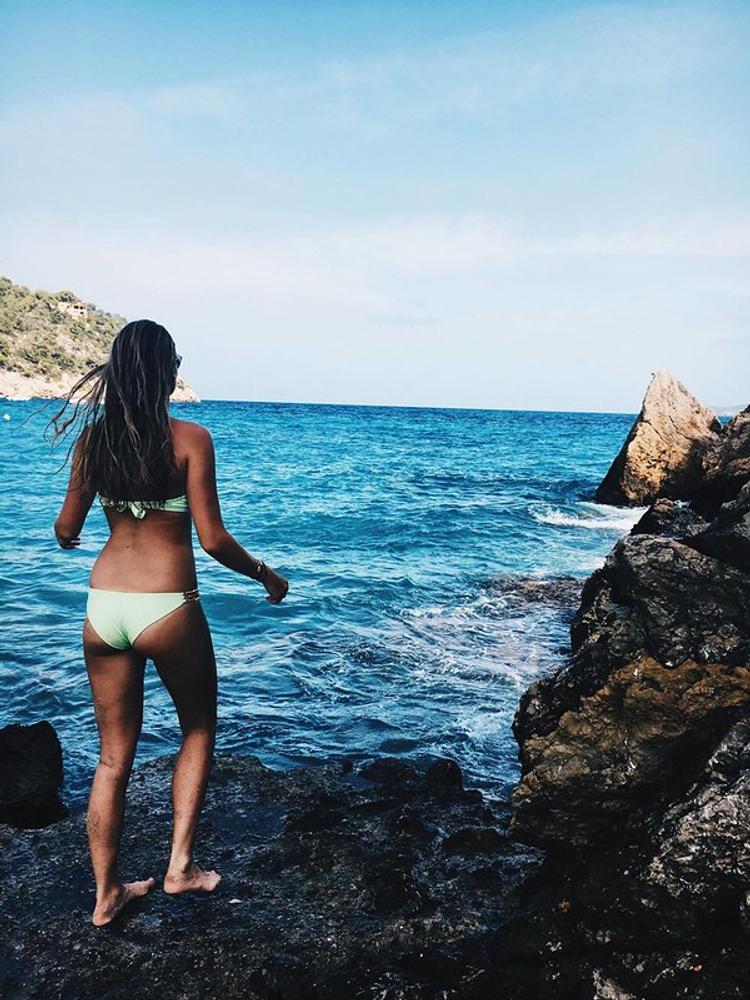 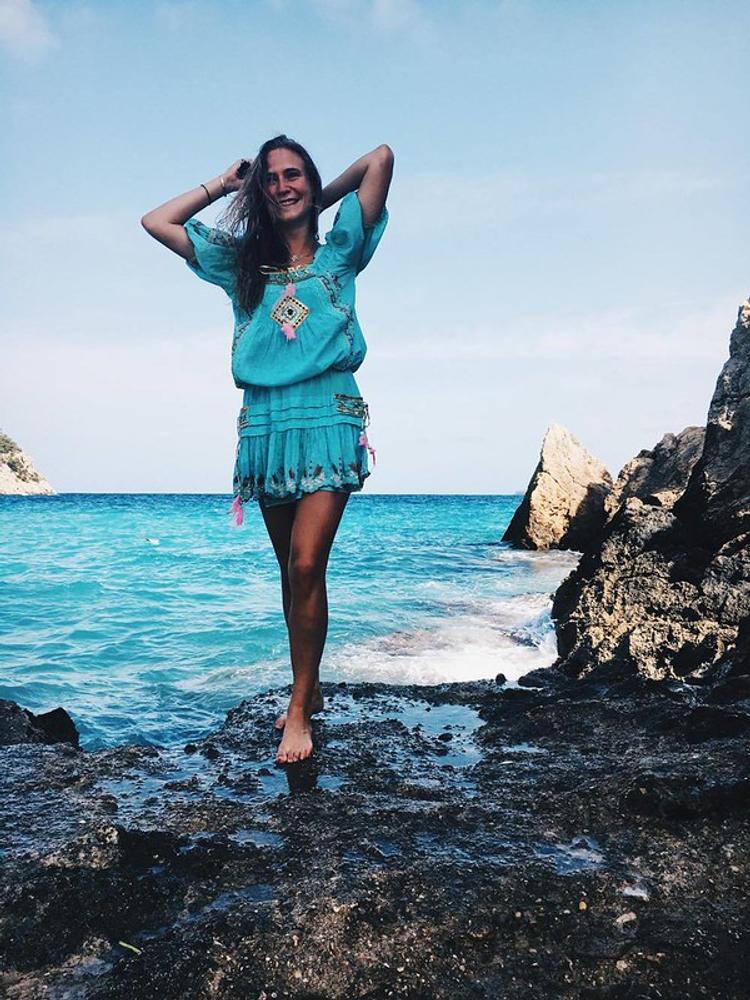 ❤ Cala Benirrás: A must-see when in Ibiza. This beach is located in the north of the island and is perfect to watch the sun go down! You can order a pizza from the restaurant in front and take it with you to share with friends on a big blanket. Cala Benirrás also hosts several hippie market booths with so many pretty things! The day we went there was one of the best of my life so far. That atmosphere, indescribable! 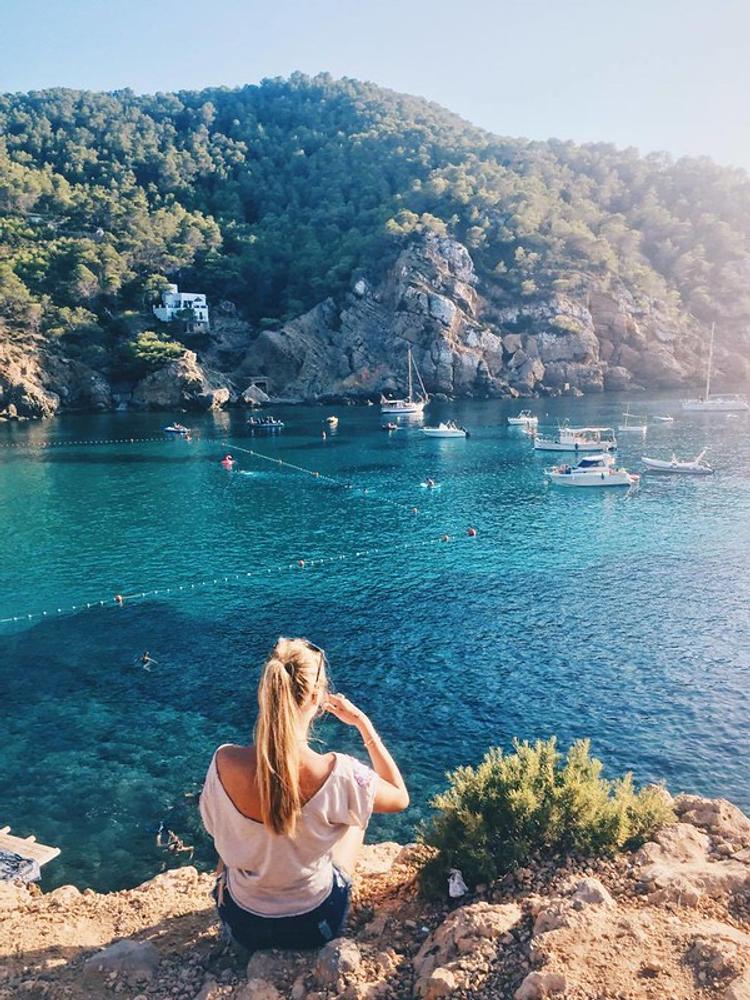 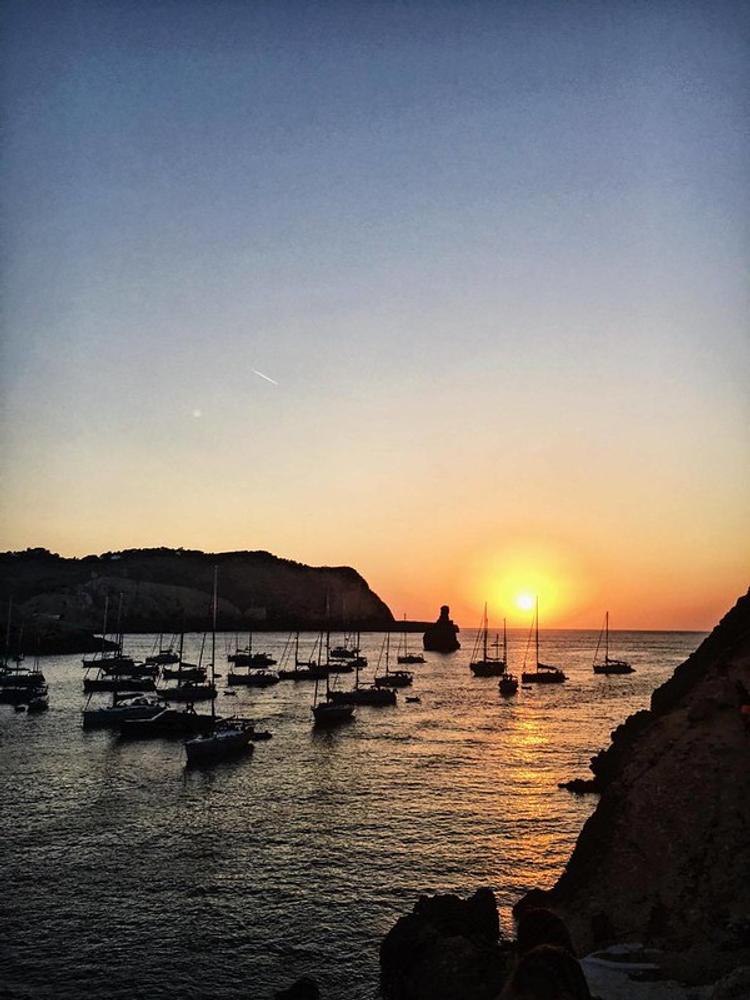 ❤ Ses Salines: Ses Salines, a beach with a looooot of potential if it were not for the overload of tourists to occupy it. Experimental Beach is really close to this one. 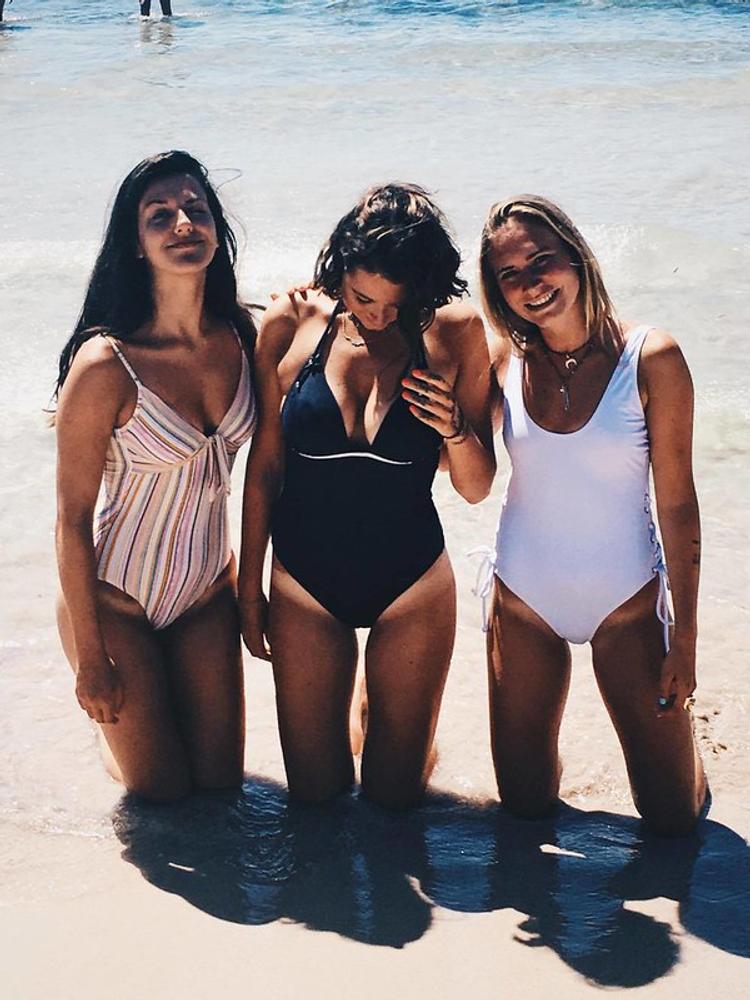 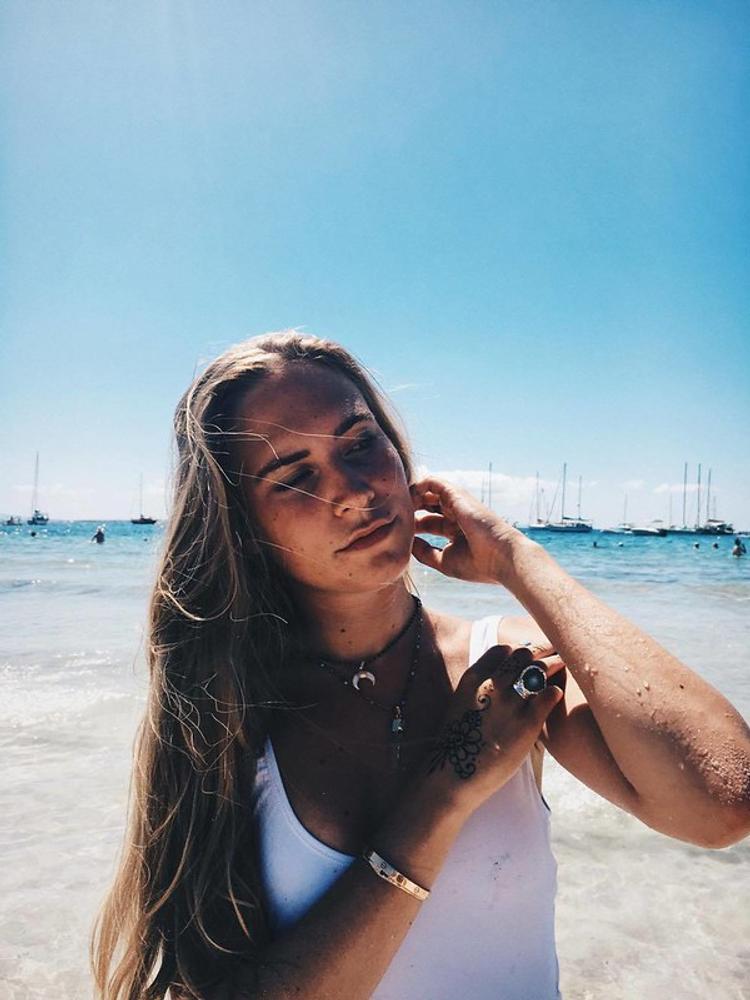 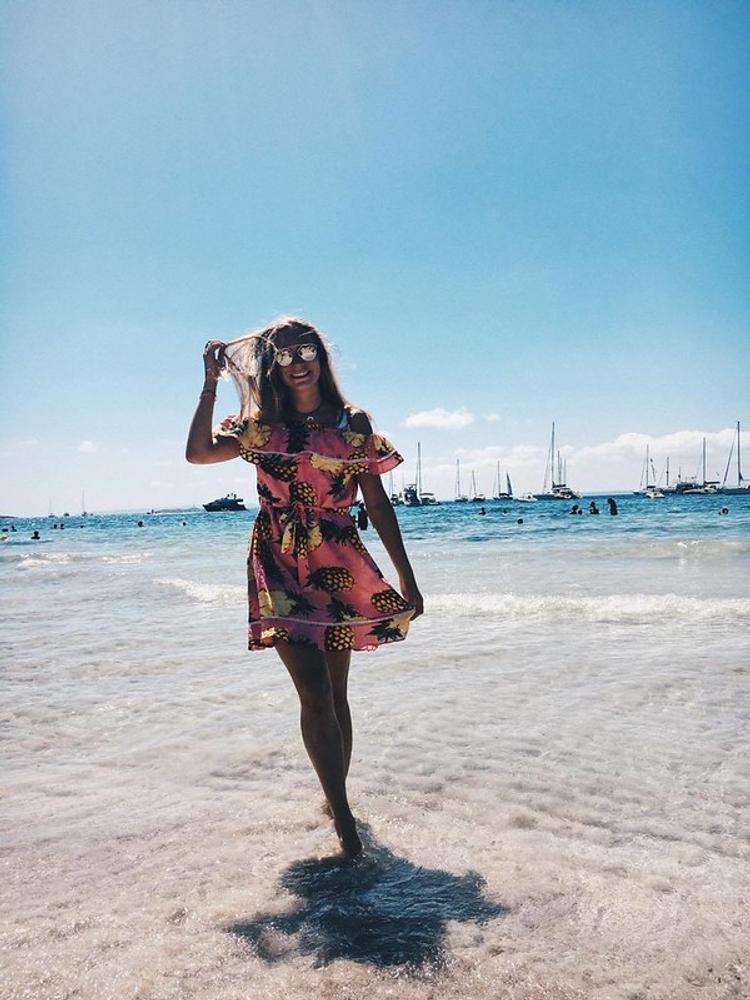 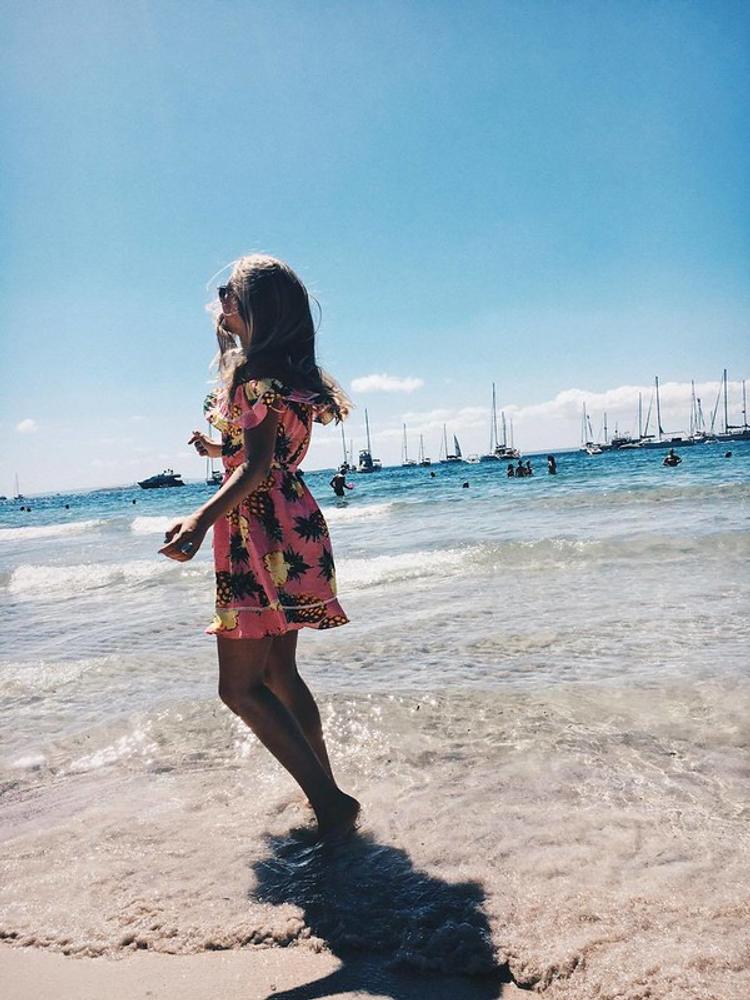 ❤ Cala Gracioneta: My absolute favorite. It’s really tiny but so beautiful. You can see fish swimming next to you, to give you an idea of its crystal clear water!

❤ Sailing boat to Formentera: We booked a whole day of sailing to Formentera via ouribizaboats. We payed 99 euros with lunch included. We sunbathed all day on deck of the ship and made one stop to swim around. Afterwards there was still time to chill on the beach in Formentera. We made so many beautiful pictures! This company is a real recommendation, although it’s expensive. But in Ibiza, everything is. 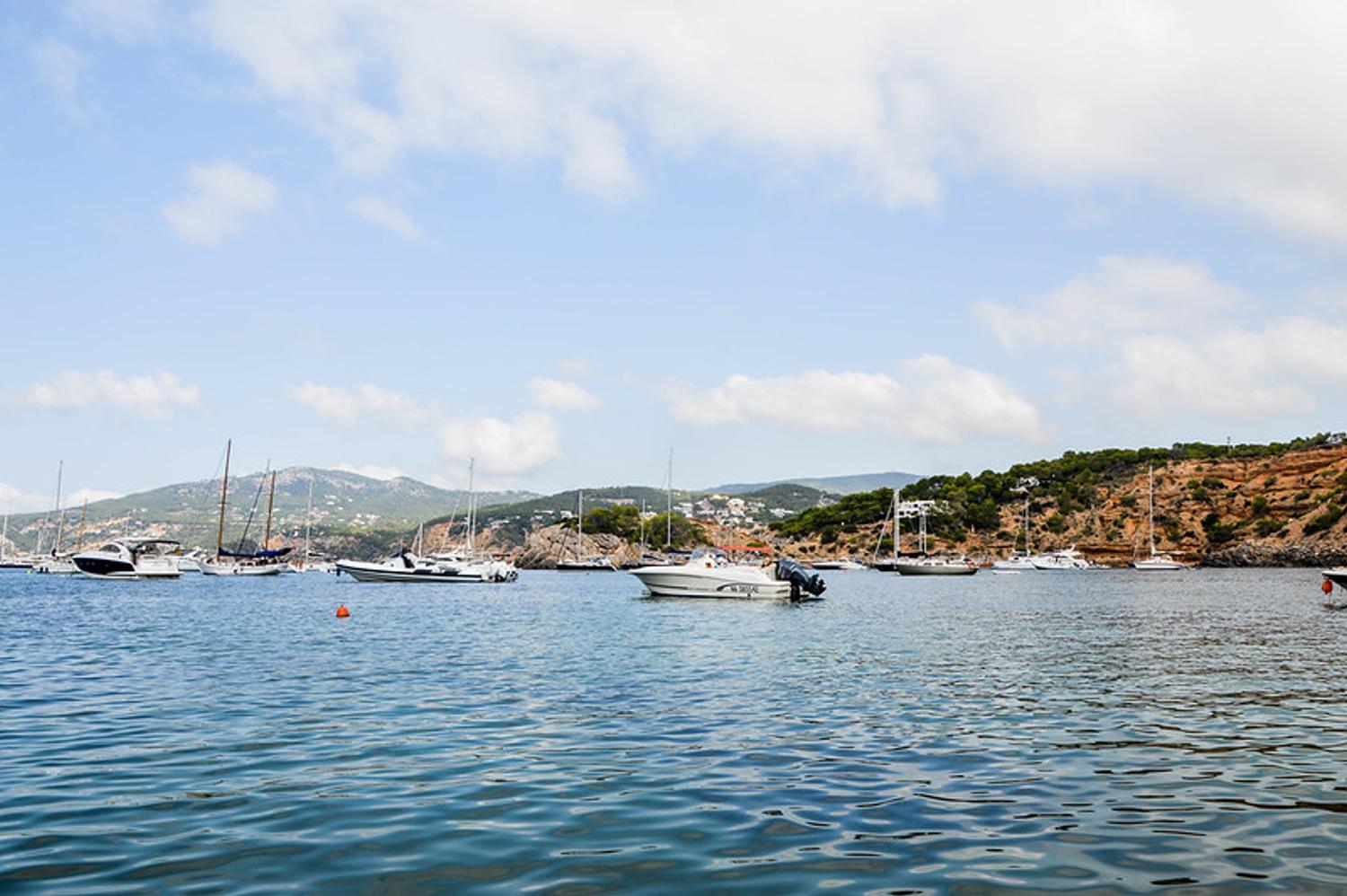 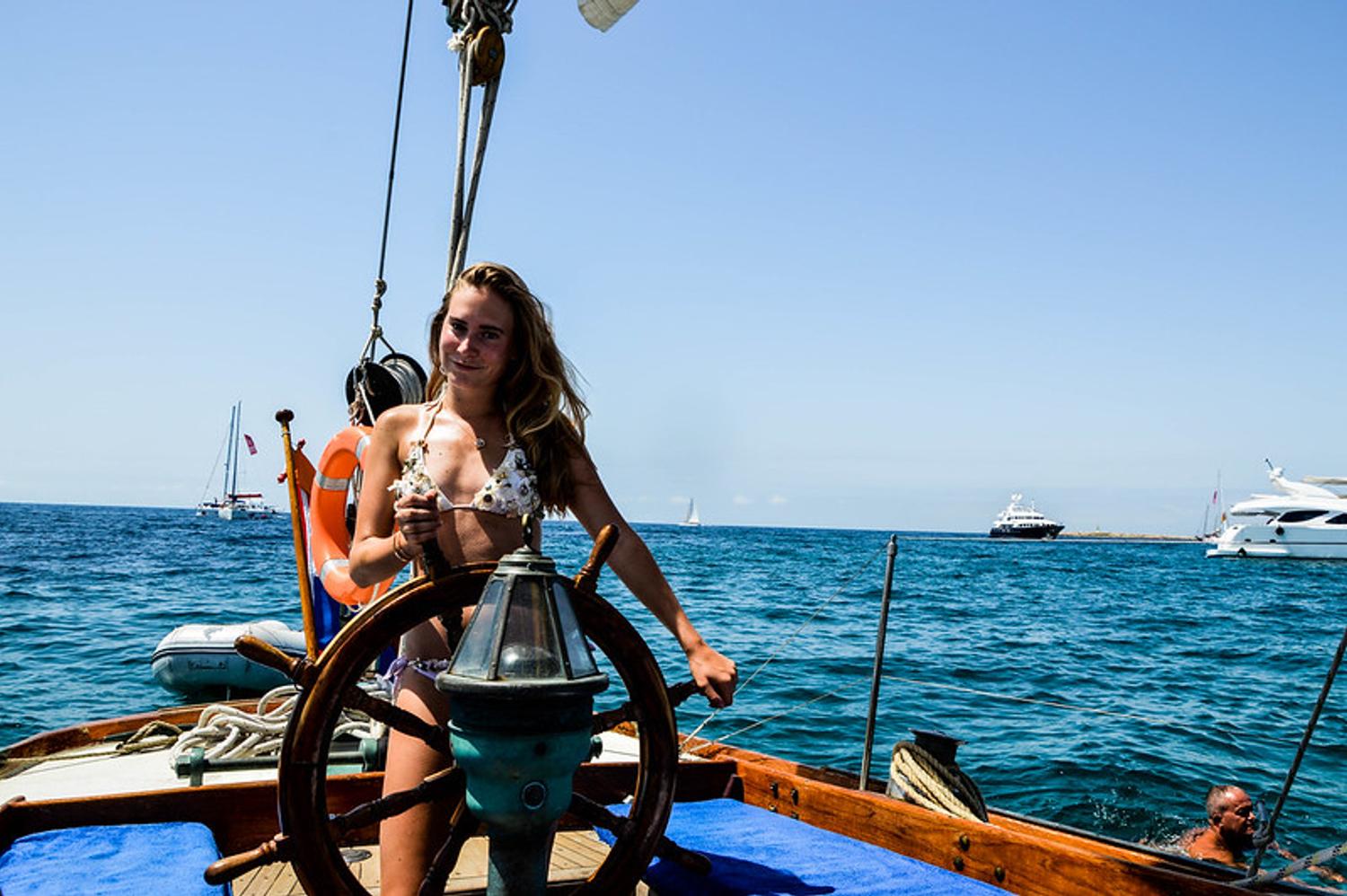 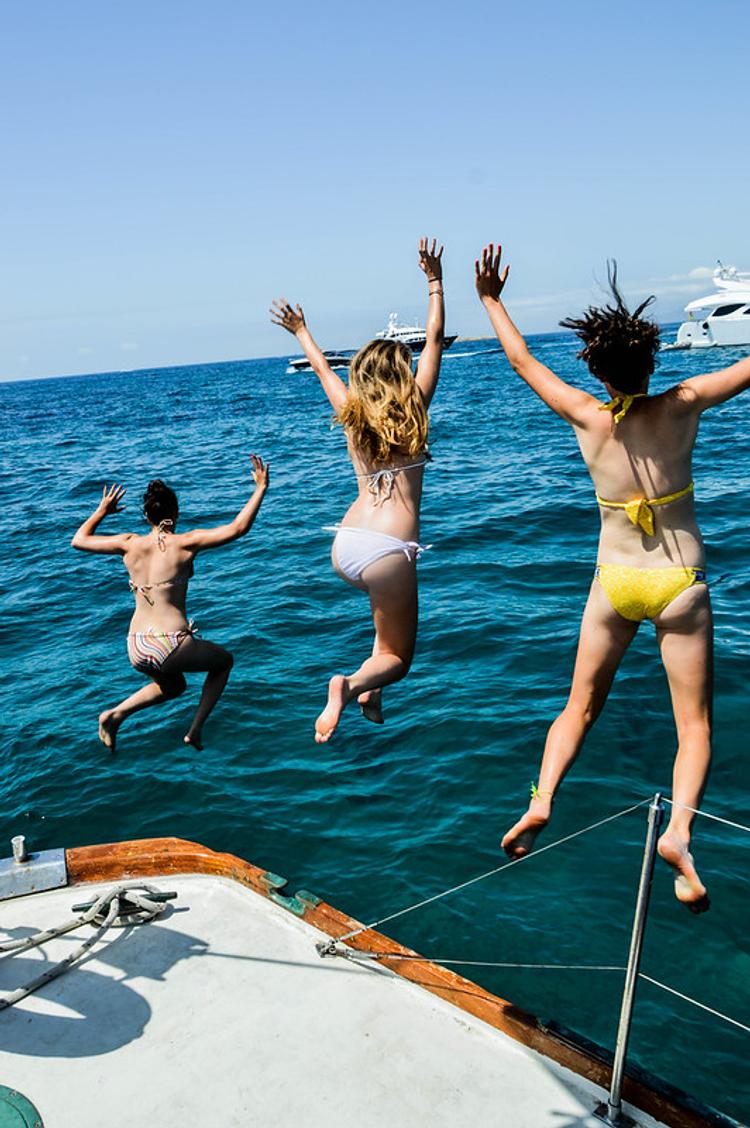 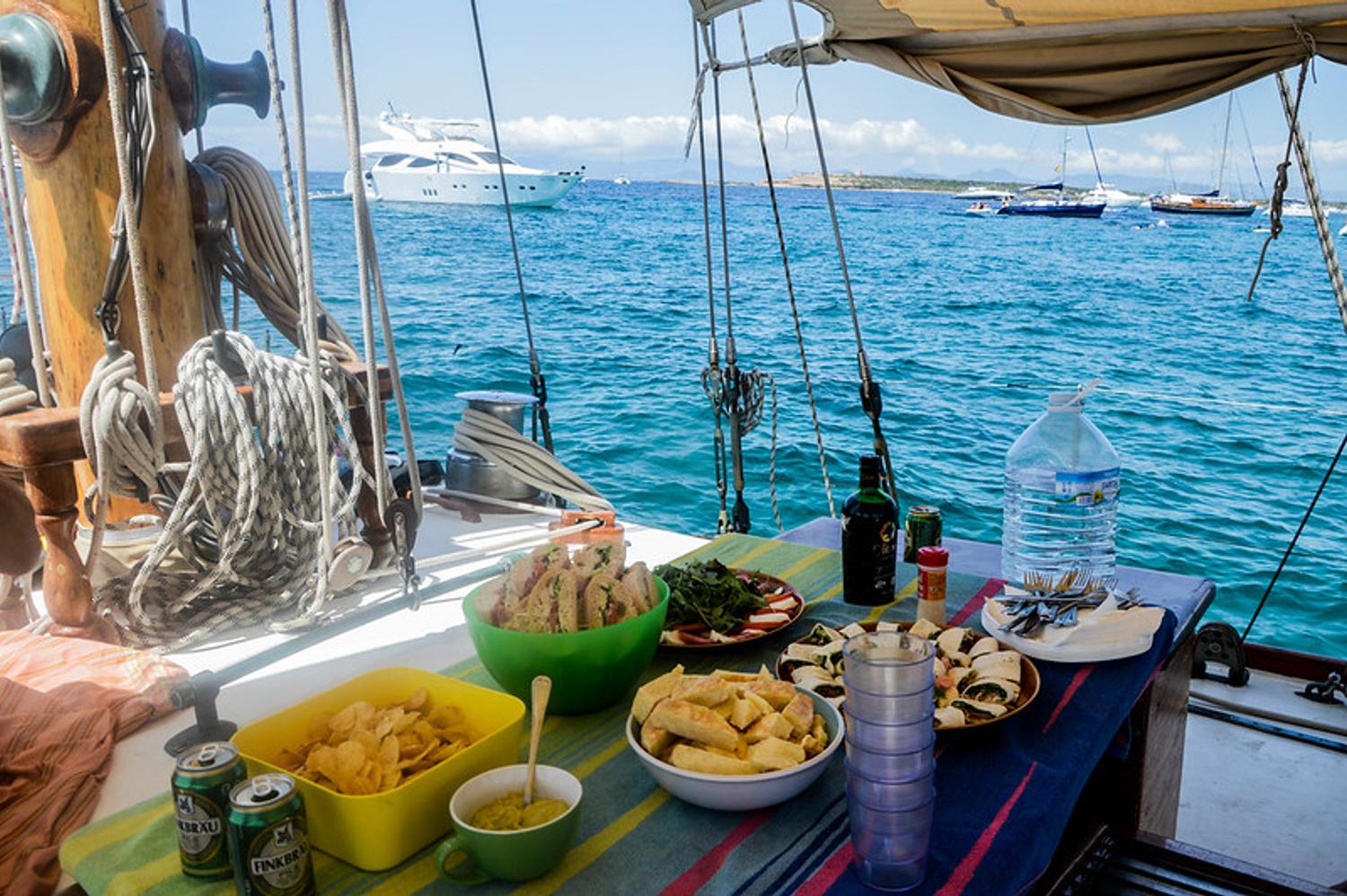 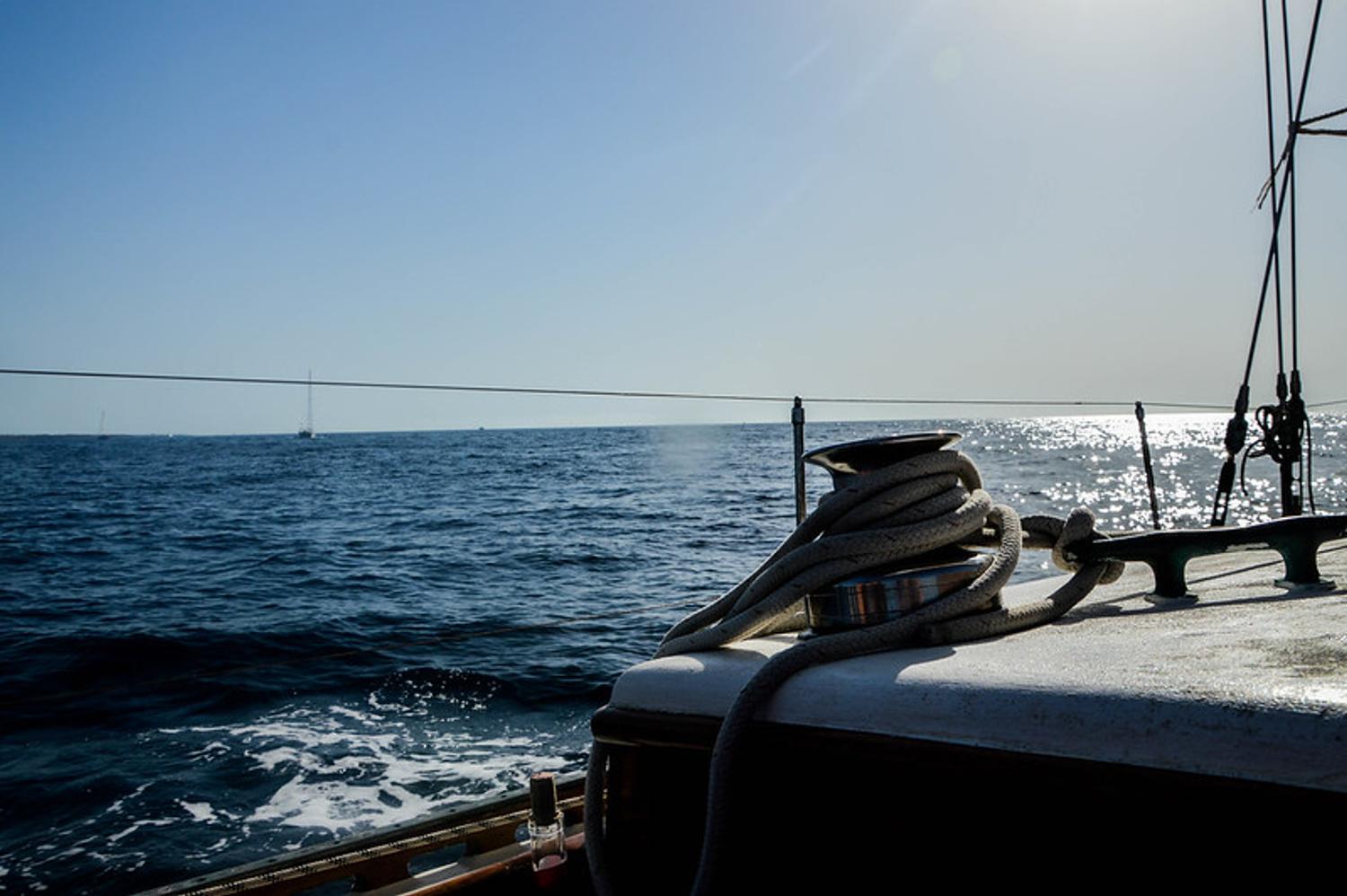 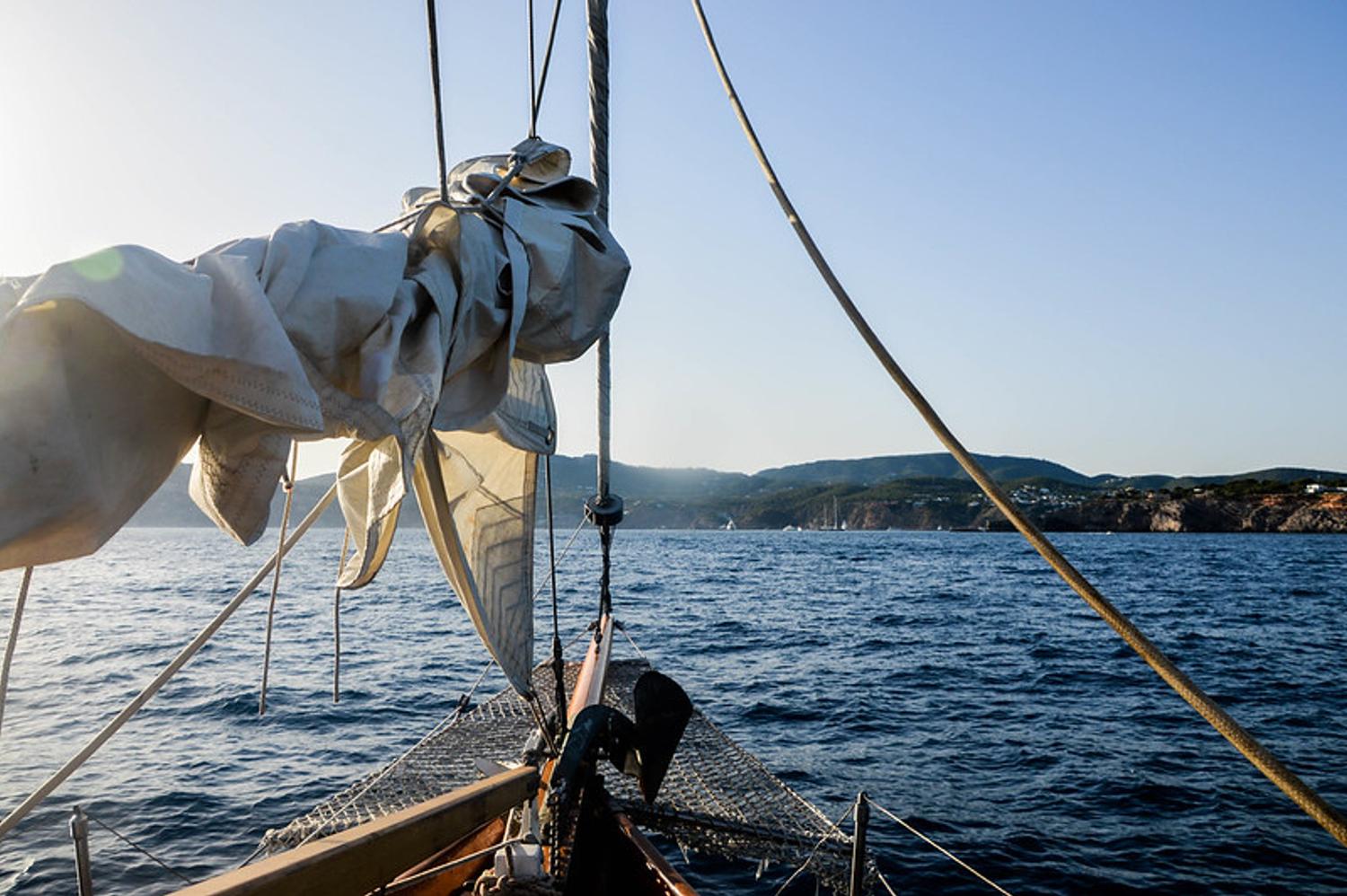 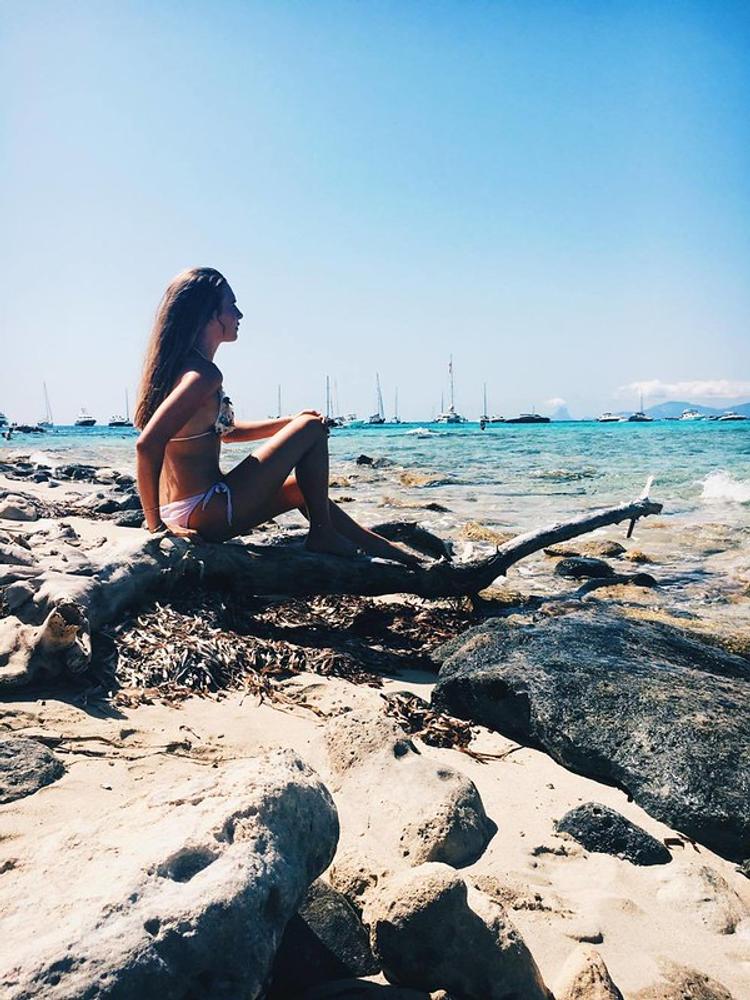 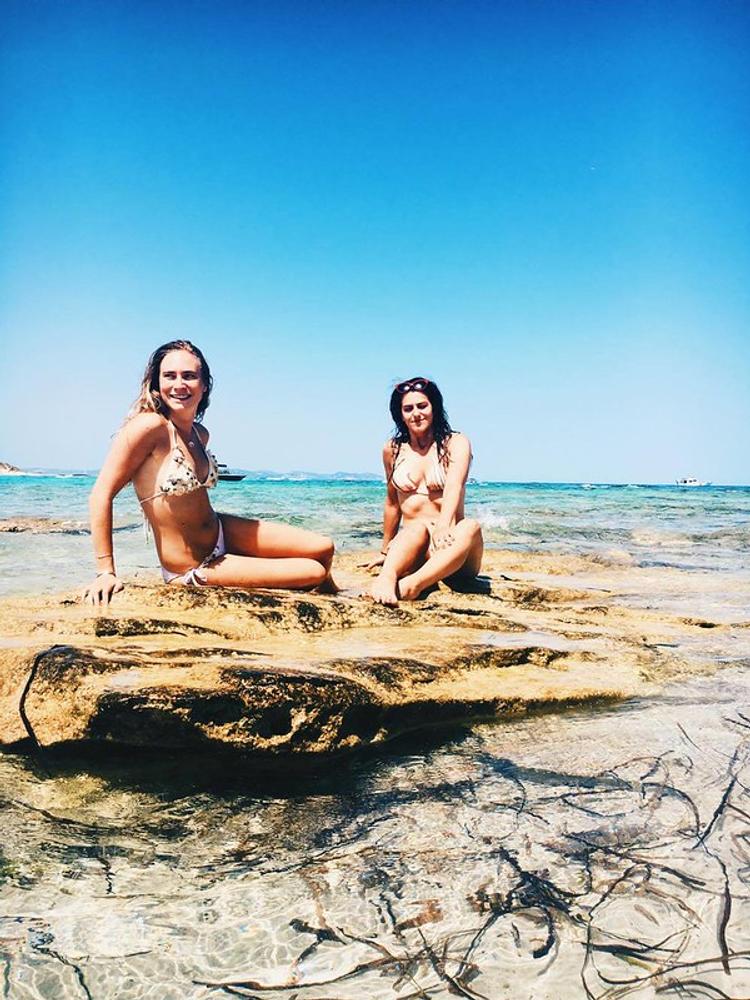 ❤ Tamtam party at Cala Benirrás: These are held on Sundays at sunset. Basically it’s people jamming djembes. A lovely experience! 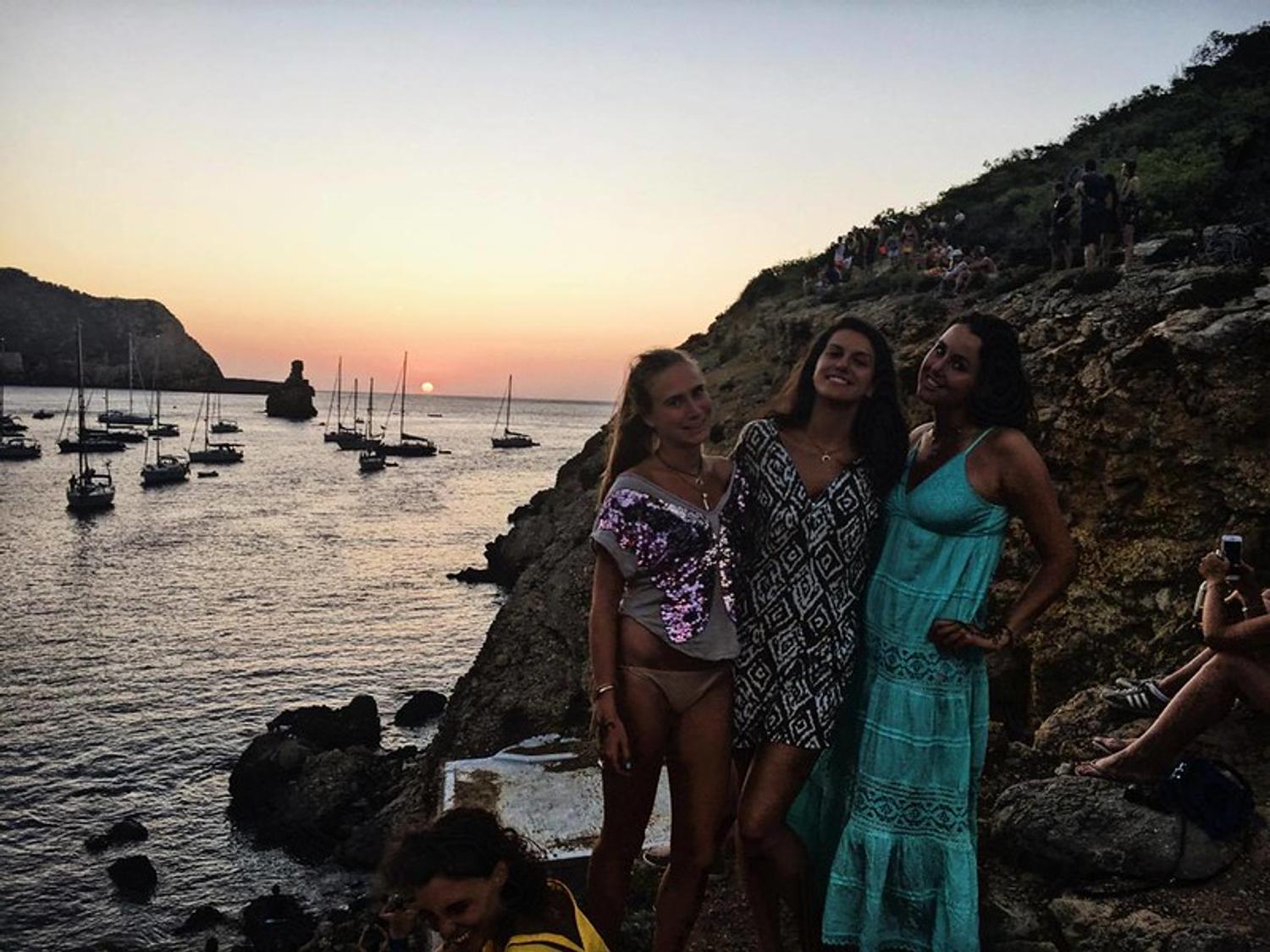 ❤ San Joan hippie market: We did San Joan’s hippie market right before we pursued our journey to the one at Cala Benirrás. Both are really cool to see. These are more authentic than for example Las Dalias, which is extremely touristic.